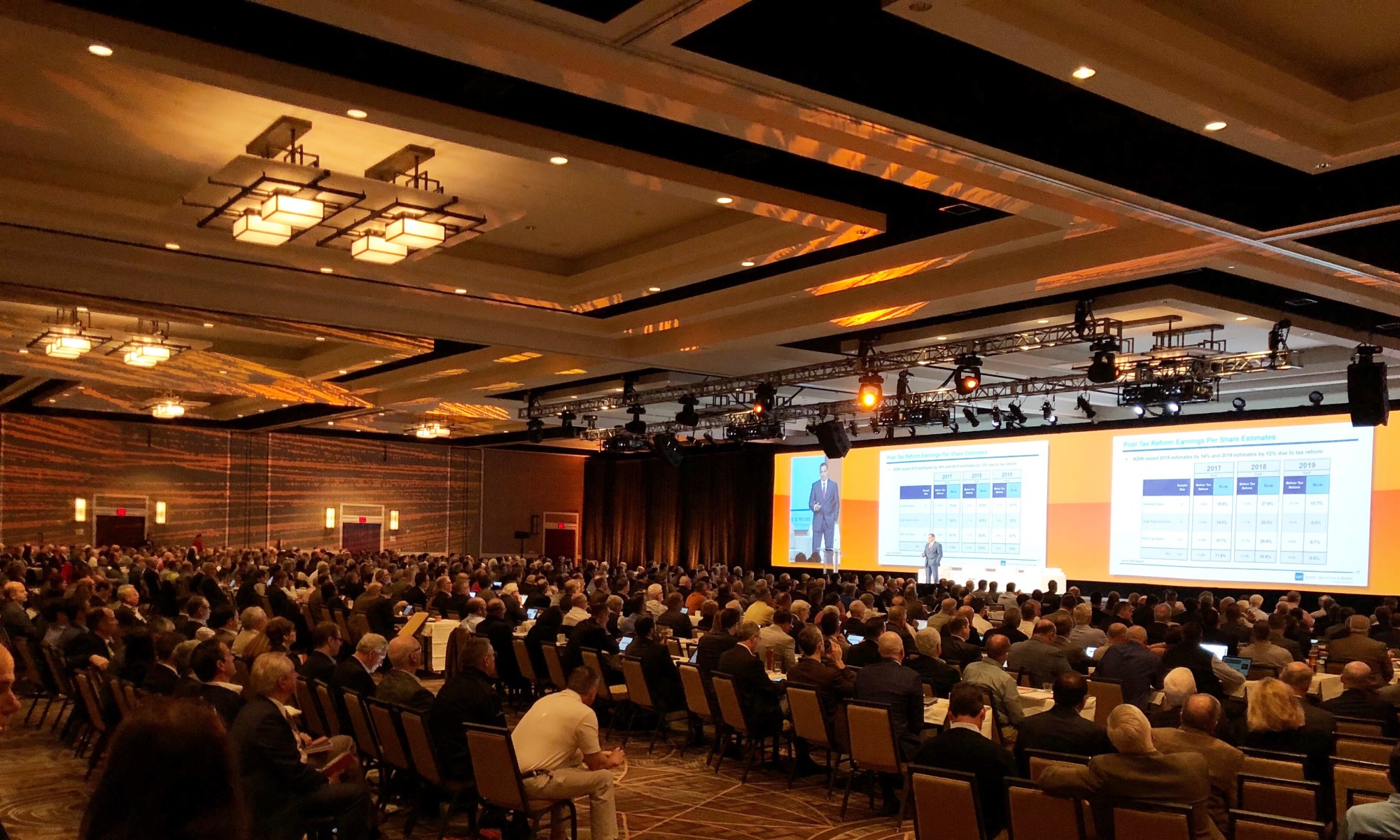 PHOENIX, AZ — Michael Porter, the noted economist, researcher and teacher, once said, “strategy is about making choices, trade-offs; it’s about deliberately choosing to be different. The essence of strategy is choosing what not to do. No one can tell you which rules to break, but you can acquire more skill in determining which rules to break given your talents and circumstances right now.”

Porter’s perspectives came back to me while listening to KBW’s CEO, Tom Michaud. Yesterday morning, Tom talked about the strategic paths that a bank’s CEO might consider in the years to come. As he shared, pressure from investors to deploy capital stimulated M&A discussions in 2017 — and will continue to impact deals in 2018. He also noted that pressure placed on deposit costs, as interest rates rise, contributes to the potential acceleration of bank consolidation. These were just two of the many notes I jotted down during the first day of our annual event. Broadly speaking, what I heard fell into five categories:

Many banks enter 2018 with steady, albeit slow loan growth — while recognizing modest margin improvement as they continue to focus on controlling expenses. Accordingly, I thought to elaborate on the issues I found interesting and/or compelling. Feel free to comment below if other points caught your eye or ear.

FJ Capital authored a piece in late October that noted how, as the Fed progresses further into the tightening phase of the interest rate cycle, banks will find it more difficult to fund loan growth by raising new low‐cost deposits. Their view, which I heard echoed here, is banks with low‐cost core deposits will become more valuable over the next few years as banks wrestle with increased funding costs. In addition to this idea, I made note that banks with a strong deposit base could be more attractive to buyers as interest rates rise. However, a remark I’ve heard at past events re-emerged here. Namely, making a small bank profitable is hard; exiting, even harder.

Given the audience here, I wasn’t surprised by the continued talk of removing the synthetic $10Bn designation. If the Fed, FDIC and OCC raise the $50Bn threshold as spelled out in Dodd Frank, we could see more banks in the $20Bn – $40Bn range come together. Given that large regional banks usually can pay high prices for smaller targets, unleashing this capacity could reignite more M&A and boost community bank valuations. In addition, the Community Reinvestment Act remains a major headwind in bank mergers. Many here want improvements in the CRA process, which in turn could reduce regulatory risk for bank M&A.

When it comes to the lifeblood of most banks — small business lending — a recurring question has been where and how community banks can take market share from larger banks. My two cents: closing loans faster is key, as is structuring loans to fit specific borrower profiles while being supremely responsive to the customer. Oh, and credit is a big theme right now — and the best clients typically have the best credit.

An inescapable comment / observation: aging management teams and board members has been a primary driver of bank consolidation of late. I noted that the average age of a public bank CEO and Chairman is 60 and 66, respectively. It was suggested that this demographic alone plays a key factor in the next few year’s consolidation activity.

When it comes to bank mergers, one of the big drivers of deals is the rise in technology-driven competition (*along with regulatory costs and executive-succession concerns). I sense that most traditional banks haven’t really figured out the digital migration process we’ve embraced as a world. Finally, it appears that the biggest banks are winning the war for retail deposits.  This is an issue that many management teams and boards should be discussing…

For those of you interested in following the conference conversations via our social channels, I invite you to follow me on Twitter via @AlDominick, the host company, @BankDirector and our @Fin_X_Tech platform, and search & follow #AOBA18 to see what is being shared with (and by) our attendees.